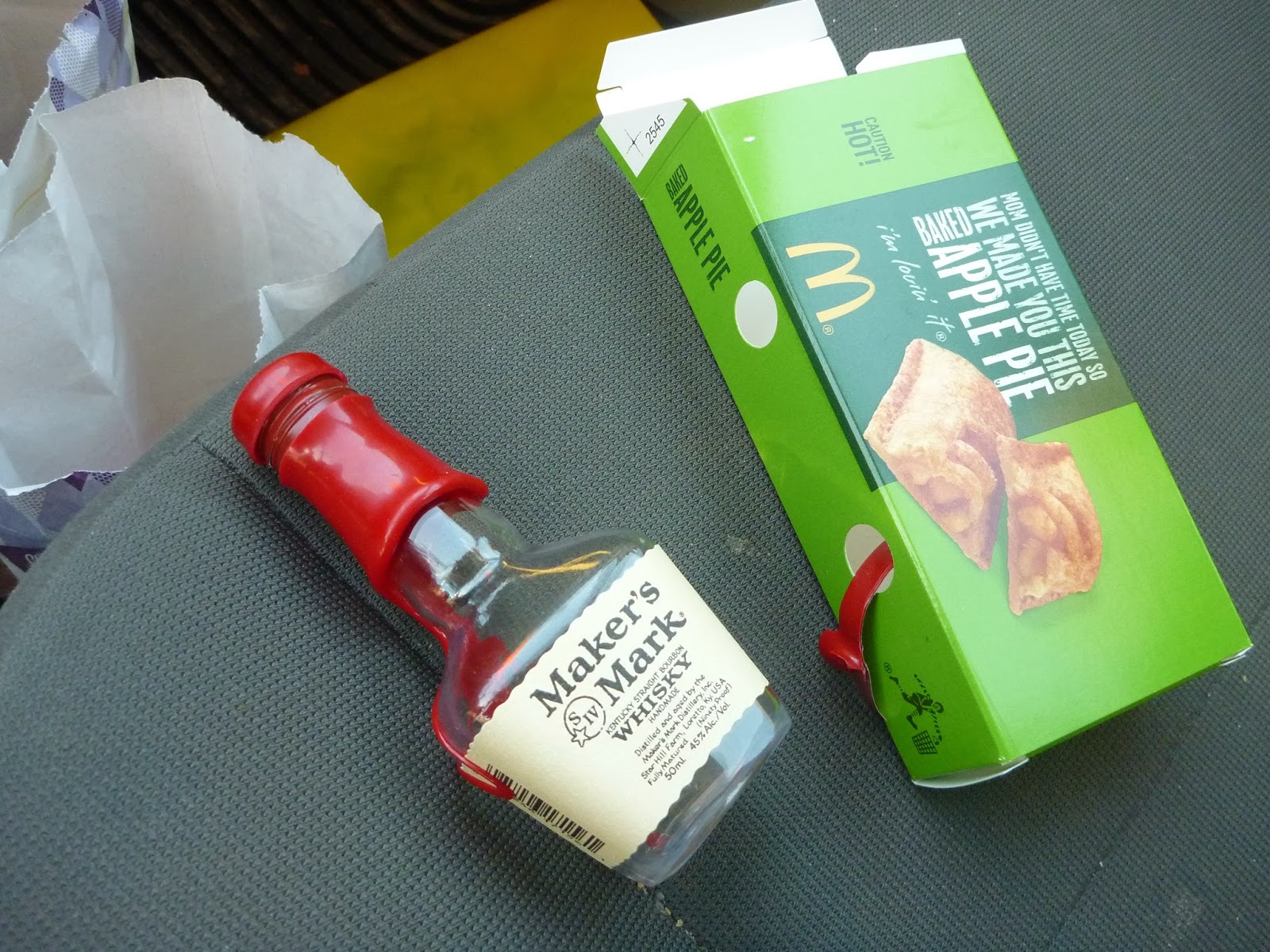 Maybe my best race ever. Certainly in contention for the slowest. Two weeks ago, I resolved to skip Uwharrie all together. Even though I love it, running hurts me. Repetitively. My body is better rounded (or at least my stomach is) without it. I don't need it anymore. A few weeks ago, I found a lost gym rat on Sycamore trail, in Umstead, who is happy to swim, lift, head stand, or spin with me. Shout out, Evan. So trail running is obsolete. I go to a gym now. They have a sauna! And few snakes.

My compulsive cantankerousness foiled a cold turkey quit. I'm still running the 4.6 mile Sycamore loop from the horse lot once a week. Sometimes, slightly more, when my mostly tame but decade younger pet gym rat pushes me. But 6 Umstead miles translate to about 400 feet in Uwharrie's rock garden.

All was well until Scott Lynch my personal instigator-n-chief, invited me to a test run on Company Mill a week out from the Uwharrie Mutilation Run. We squeezed in the loop and brought one another up to speed on our ailments and broken parts. We started serious smack talking near the end.

"My PT guy said I could take the tennis balls off of my walker."

"With Aleve, I only have to take 2 pills all day."

"My foot is barely numb."

The goading quickly escalated into delusions of grandeur. If two guys limping to a finish with a combined age of octogenarian, fit your definition of grandeur. It was enough for us. We pinkie swore and decided to car pool toward a glorious resurrection. Or to finish.

The 8 mile option starts last. After running the 20 mile option for the last two years, it was a real treat to sleep in the morning of the race. I idly rose at 4:30 AM and headed out for the goad.

Best no pressure race of ever. No stomach issues, no nervousness, slept like a drunk baby. After checking our email and playing a few rounds of Candy Crush, we decided on an entirely new and untested route to the race. A route 20 miles further than the back road options. (All I40 until the last possible minute rocks from Raleigh, if your in the market for a new Uwharrie passage.) We stopped at an untested McD's for our traditional coffee and apple pie. We were living on the edge. I think I saw Scott mainlining gluten. No rules, I entertained running in this year's race shirt.

Scott insisted on chipping in for fuel and he's very trusting. I may have suggested that my Ford runs on grain alcohol. We had an impromptu vote and established Maker's Mark as a fuel substitute and new tradition. To protect the race's teetotaller reputation, the timing was tricky. However, with a small amount of maths, a compass, a sextant, and a map we allowed that I could down my airplane bottle as we walked along the state highway, before entering the El Dorado outpost without breaking any rules. It was harder to justify the apple pie, which really should not be eaten by humans under any reasonable circumstances. 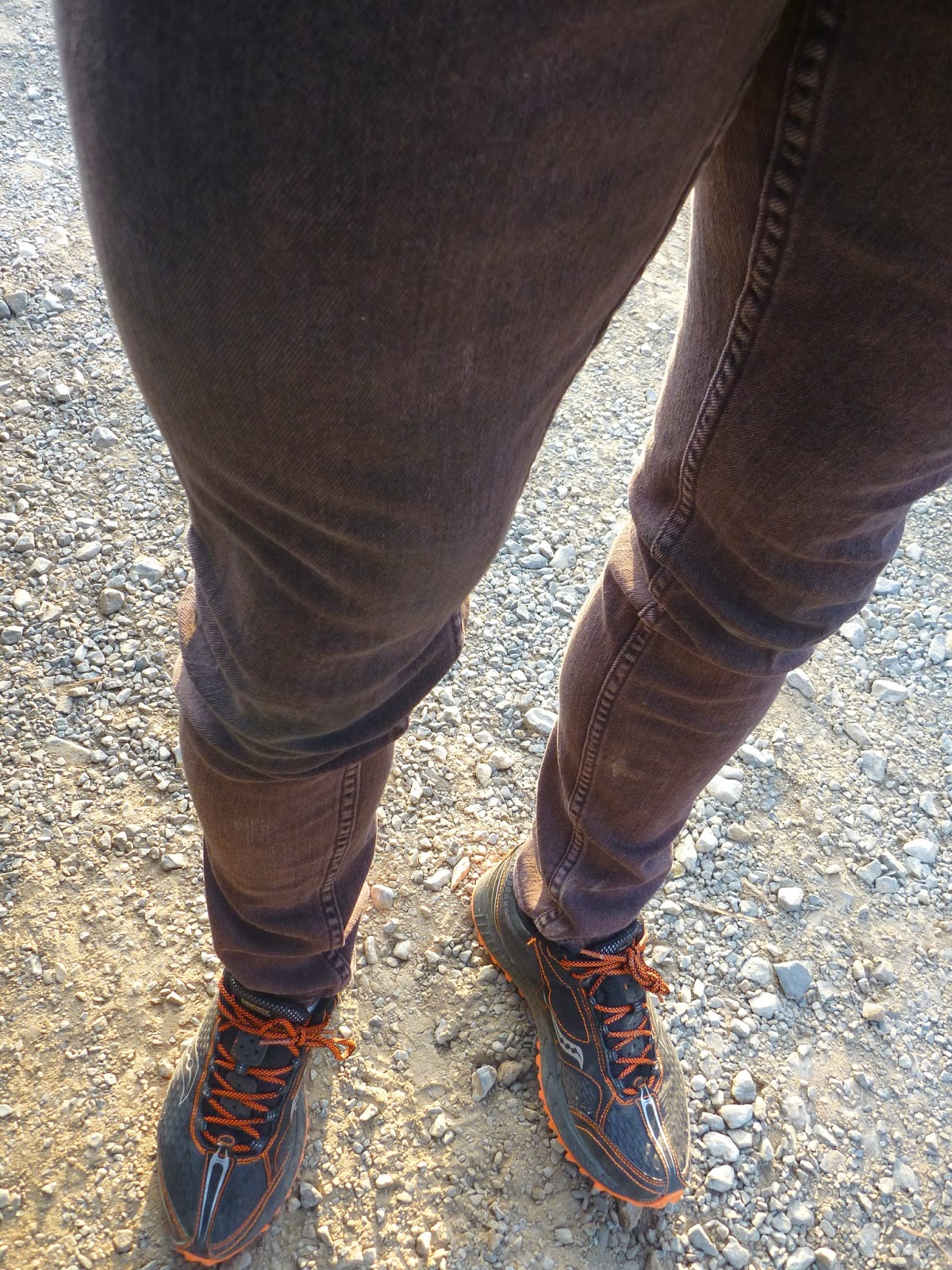 Somehow, we arrived early enough to catch the very beginning of the 8 miler race packet release. I was pushing for White Owl blunts as a new tradition, but was vetoed. I took the extra time to suit up for the race. A Yancyville Goodwill shop provided this year's race uniform. I suited up in my "new" duds to ward off the chill of the first 2 miles. The bait shop guppies were frozen again (but not solid this time.) The criteria used when purchasing my race ensemble derives from a complicated equation involving weight, ambient air temperature, the rotation of the earth and general funkiness. Fit is immaterial to the function so my final silhouette is usually a bit of a surprise. This year the Yancyville fashion scene did not let me down. My green hoodie was simple and sophisticated, but the purple jeans were fantastic. Hold on, its about to get fancy in here. Purple, button flied, and skin tight straight legs. They squeezed my quads tighter than my recovery compression shorts. It looked like the 1980's puked Paula Abdul on my limbs. I cut the ankles with a utility knife so they could be safely pealed off in a circulation emergency. Dapper and protected from the 29 degree morning, we caught the bus to the start.

We had about thirty minutes to share the fire with the rest of the race rabble. And five minutes of glorious flame all to ourselves as everybody responded to Kim's call to the line. As she counted down to the start, we hit the plastic loos. The race was off before either of us had exited. I was held up appreciating the pleasant pine scent of the liquid soap. I think Scott was admiring the hand towels. We came to an empty line. A lone smoking cigarette lay half burning in the road. (No kidding, I am dying to know where that came from.) A tumbleweed blew through and a crow called. The public encouraged us to get on with it and off we went. It was surreal, I have had dreams about oversleeping that start similarly. We kept it easy and ran to the that monster climb of the first mile.
Still no panic, no urgency even. Course knowledge helps. The first year I ran the 20 I was naively hoping for a sub 10 min average. That first climb is so steep and switch backed, and skinny that it guarantees a bottleneck. You will walk that hill, or you will run it in the first 10 positions. My inaugural mile that year was 17:50 and I tried to make it up over the next five. It ended disastrously and funny. This year, with time outs for bathroom stops and cigarette breaks, we caught the back of the pack about five minutes in. From dead last we reached mile one at 18:58. And fully rested. It was probably my best start ever. I still had enough wind to sing most of the Britney Spears catalogue. Collectively, our gnarled cartilage appreciated the easy start and began loosening a bit. 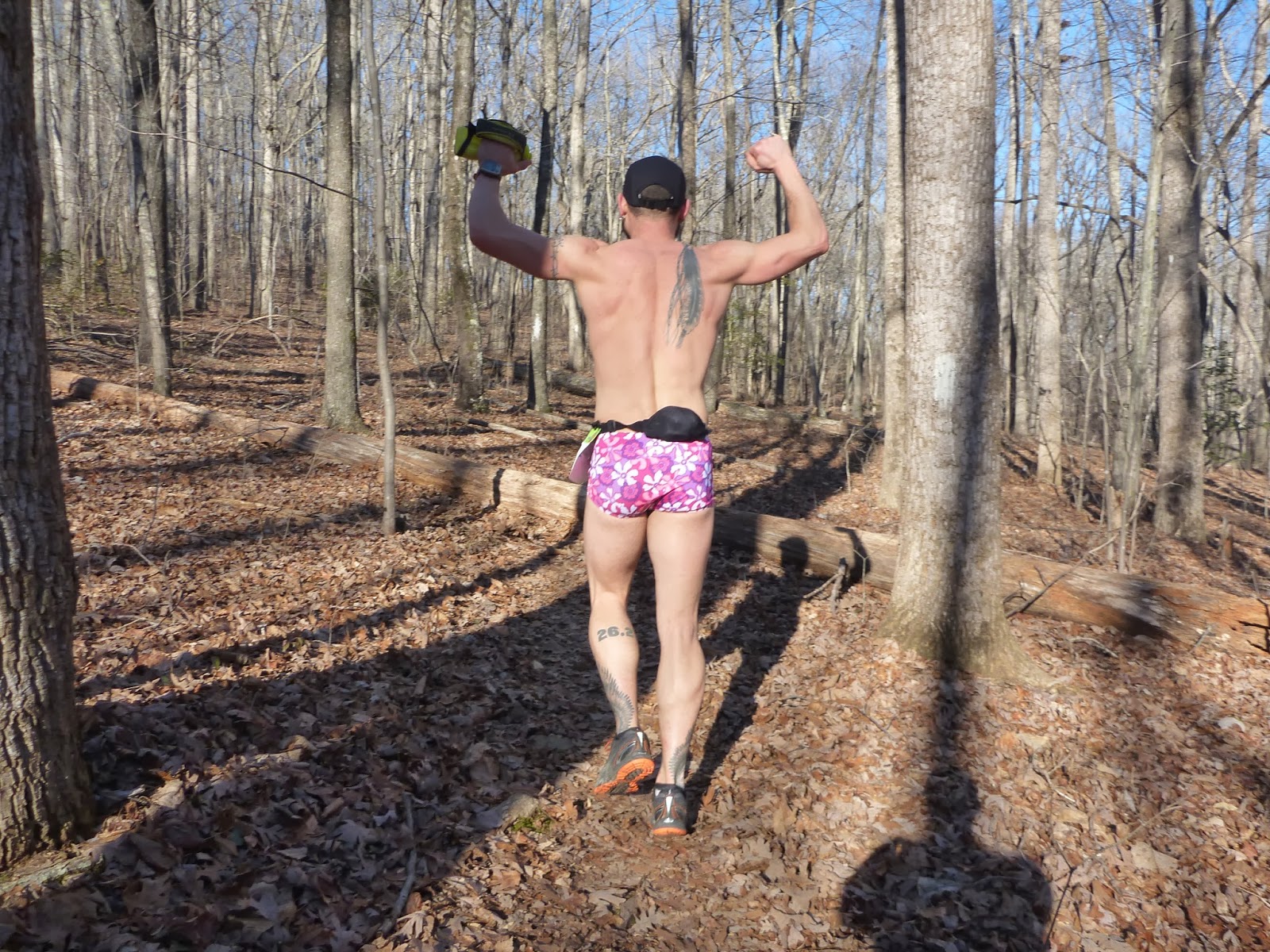 At mile 2, I dropped my skin tight rocking 80s cold weather gear. Scott thought they were possibly the most obscene trappings on the course. Challenge accepted! I once made a drunken oath to complete my next marathon in speedos. (I think it was Susan Yuh Gregory and Jay Spadie, but who knows it was a drunken oath. It could have been to the Vikings for all I know. They like beer too. And oaths.) At my present recovery rate, I may not fit into my speedos by the time I can complete another full marathon. And I am almost 40. Should somebody almost 40 really be buying a new pair of speedos? Its time for trunks man. Seriously. Why not Uwharrie? Besides how often do you start a race with whiskey? And whiskey commonly makes idiotic decisions legendary. And I had half a stick of Body Glide left.

Miles 2-5 breezed by and I don't think it was the Maker's Mark. The camaraderie of Scott's company, the low stress of a just finishing goal, and the promising allure of another piece of local pottery combined just enough risk with just enough achievement. And the still way too cold for European swimwear kept my pace up to ward off frostbite. My body's memory had suffered enough Uwharrie to begin preparing for the long haul of a 20. (Scott's last finish was the 40). 8 passed like a sprint. 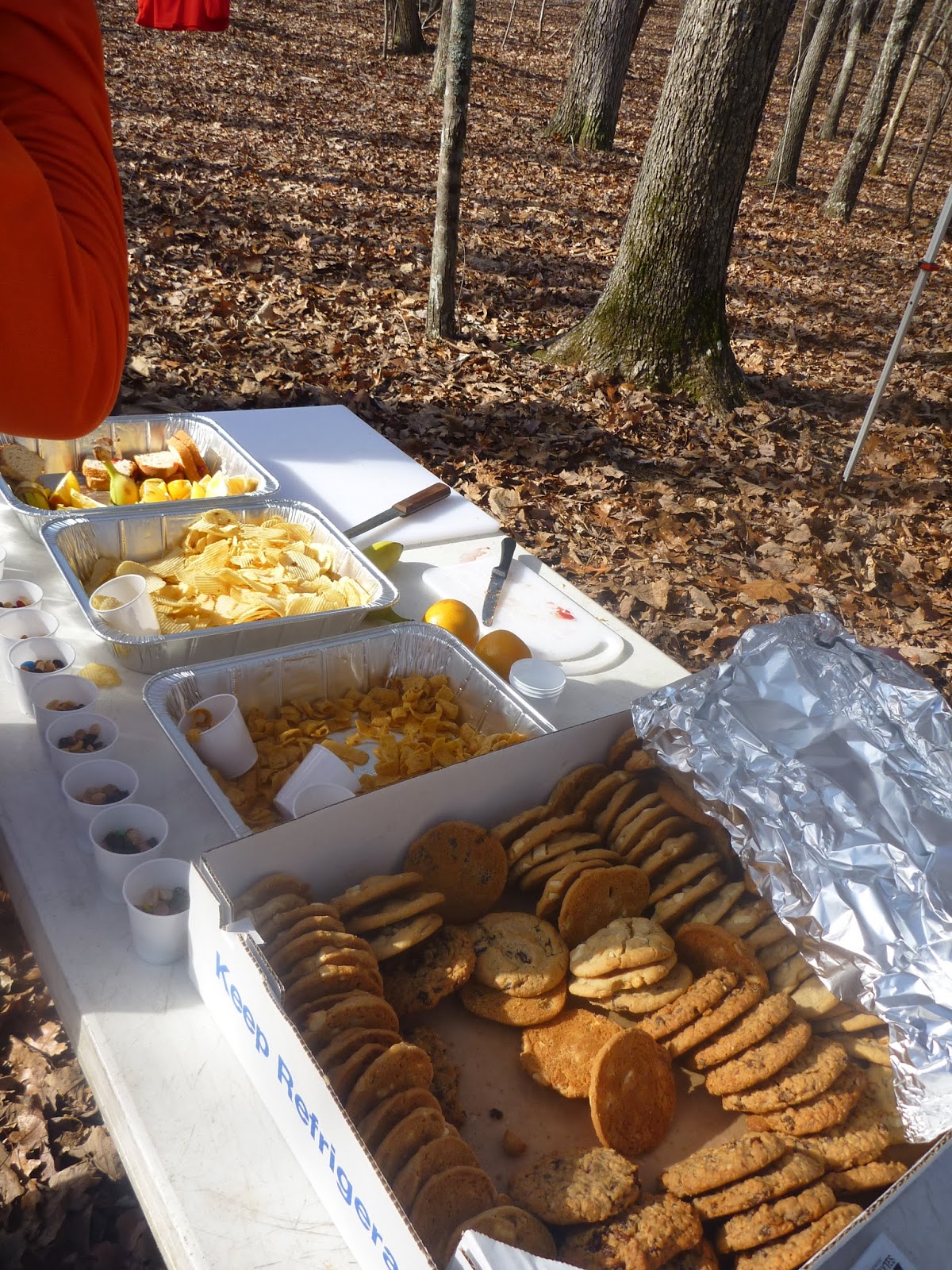 Mile 5 introduces the first and only major aid station for the 8. I've always breezed through maybe stopping long enough for a water bottle refill and a blood sugar check. Five still seams too early to stop in the 20 and your usually still full of enthusiasm and confidence. Not today. Scott and I purchased the full buffet. We requested a table with a nice view of the forest, but not too close to the kitchen. I ordered the pb&j, banana, cup of trail mix, salted boiled potato (does anything come close to that good on a trail run? maybe the soup), two mountain dews, potato chips, and a cookie. I have no idea what Scott had, I was too busy eating. We spent a good 5 minutes goofing off with the, as always, awesome volunteers. They eventually asked us to leave as we were eating all of their food and my lack of pants disturbed some of the more sensitive.

Hyped up on Mountain Dew and corn syrup, I left the aid station in really high spirits. We ran off trail to take pics of the still iced stream and waterfall and Scott took the first injury of the day in the rock pile. Madman that he is, he had openly mused that Uwharrie was not really as unrunnable as he had remembered. And now he was bleeding. Around 6, my tendons were about done and the complaint section of my brain was starting to light up. And I discovered that speedo square legs have about a 5.5 mile trail run limit, even with half a stick of Body Glide. We kept a nice even pace through these end miles. Scott paces very evenly and was too squeamish to run behind me after I donned the pink nightmare. His steady climbs helped me keep my composure at the point in a race where I usually start bombing the downhills and dying on the ups. I picked up the pace on the last mile and pushed it. We were finally, slowly gaining on people. My GPS splits recorded funny, but the last mile was sub 11:00 and the last .15 miles were 7:10 pace. I passed somebody just before the finish chute. I think the same carefree race approach would work really well on the 20. This was a great lesson in not taking yourself or the race so seriously.
And there is new pottery in my room!

Uwharrie has the best finisher awards in NC. I almost have a complete breakfast set now. Cereal bowl, milk cup, and now a butter holder. Thank you Jason and Kim (Bull City Running) for another beautiful event. The race swag rocks too. My favorite race shirts.
Scott wanted to double back and check out the 40 milers and I wish we had, as I see the facebook reports and pics start to publish. I see a lot of familiar names on that list. It looks like everybody rocked it. I miss you tendon superpeople. I hope to see you by the end of the year as this rebuilding phase has to be about over. I really miss you all. But I missed the delicious beer, sweet potato fries, and local beef hamburger at Carolina Ale house on the way back even more. These treats are only compatable with T1 diabetes on race days. Your all God's beautiful unique flowers, but your no home brew and medium rare with all the trimmings. Recover well. I will see you next year (at the Ale house). 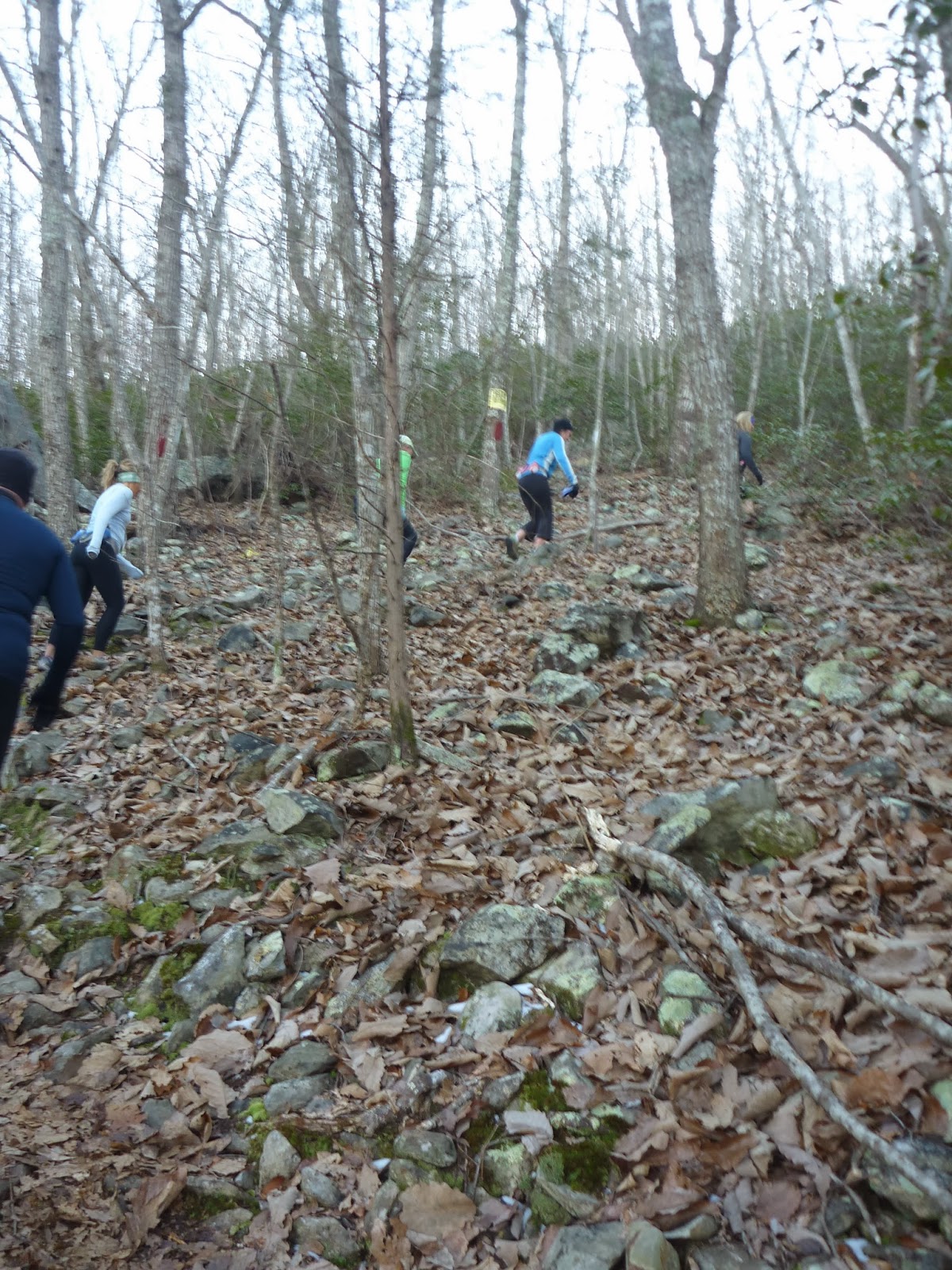 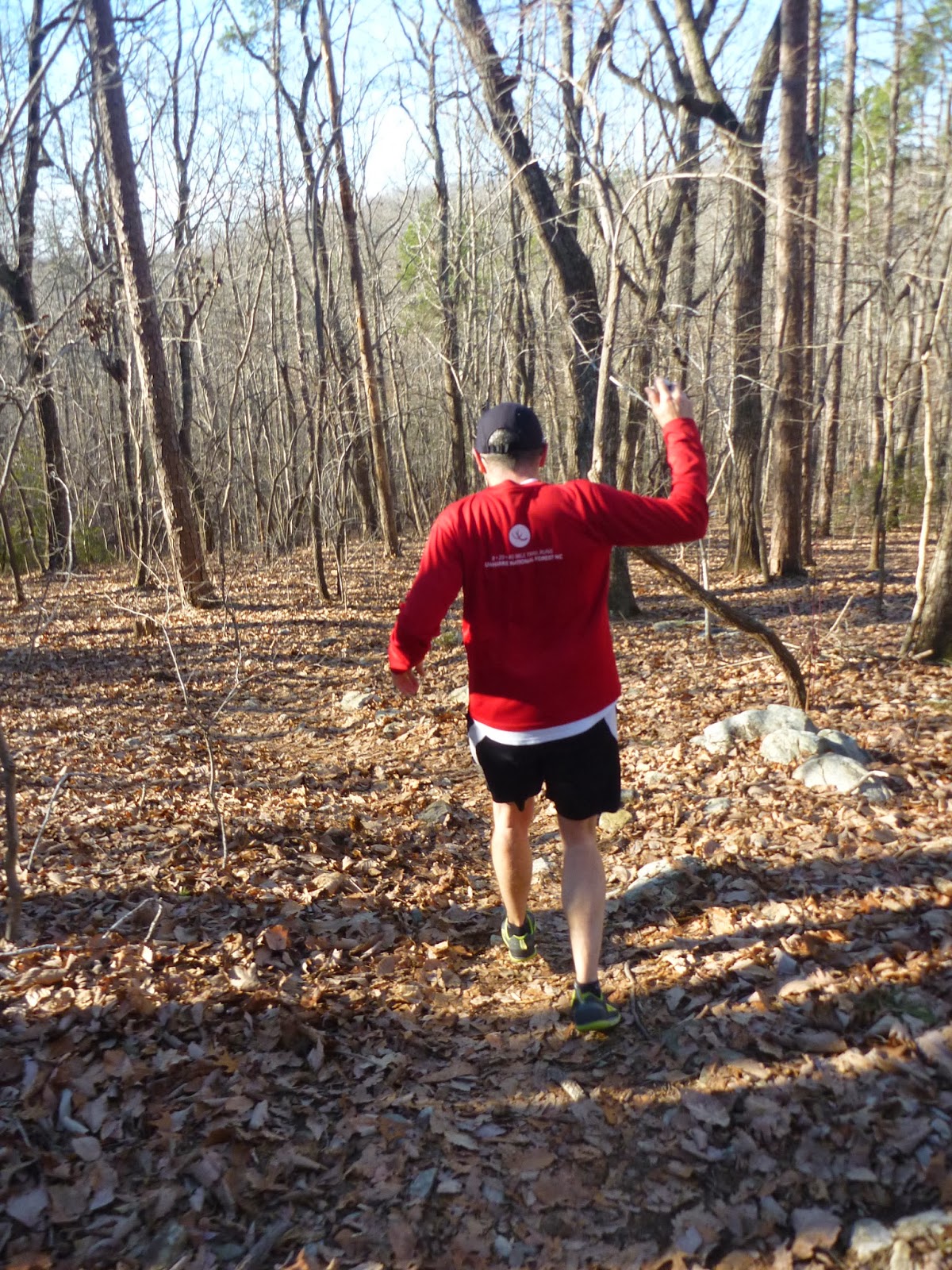 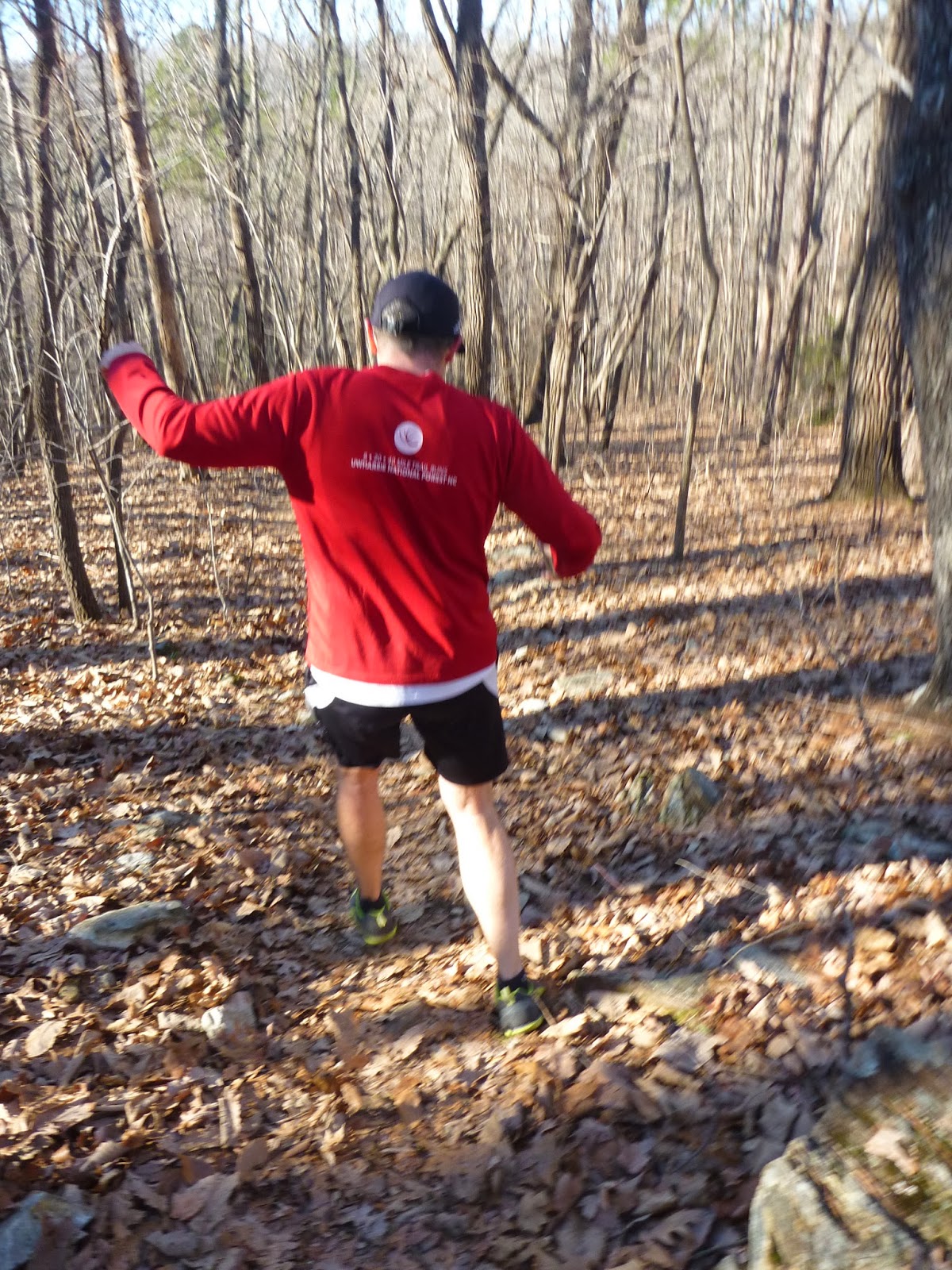 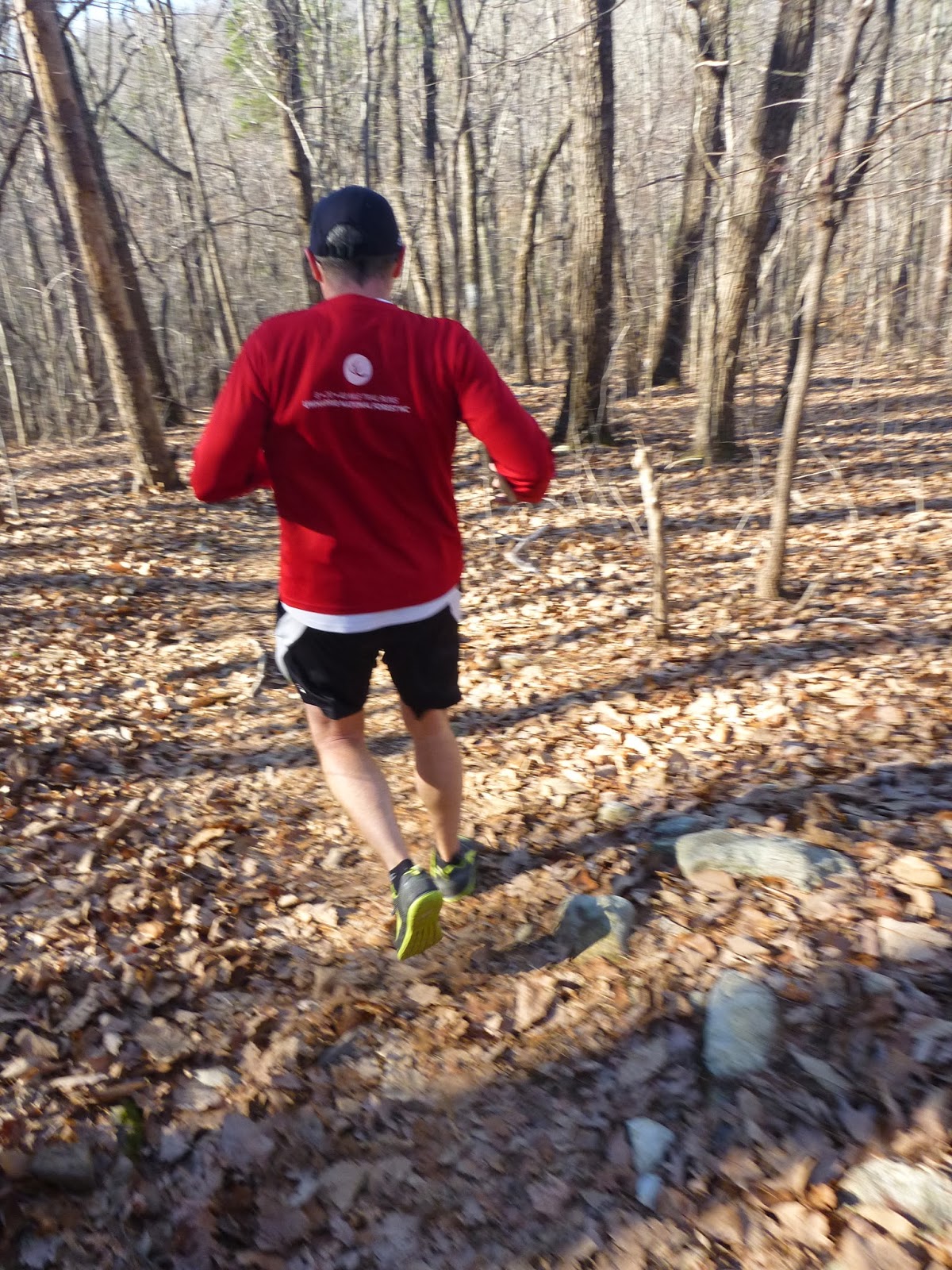 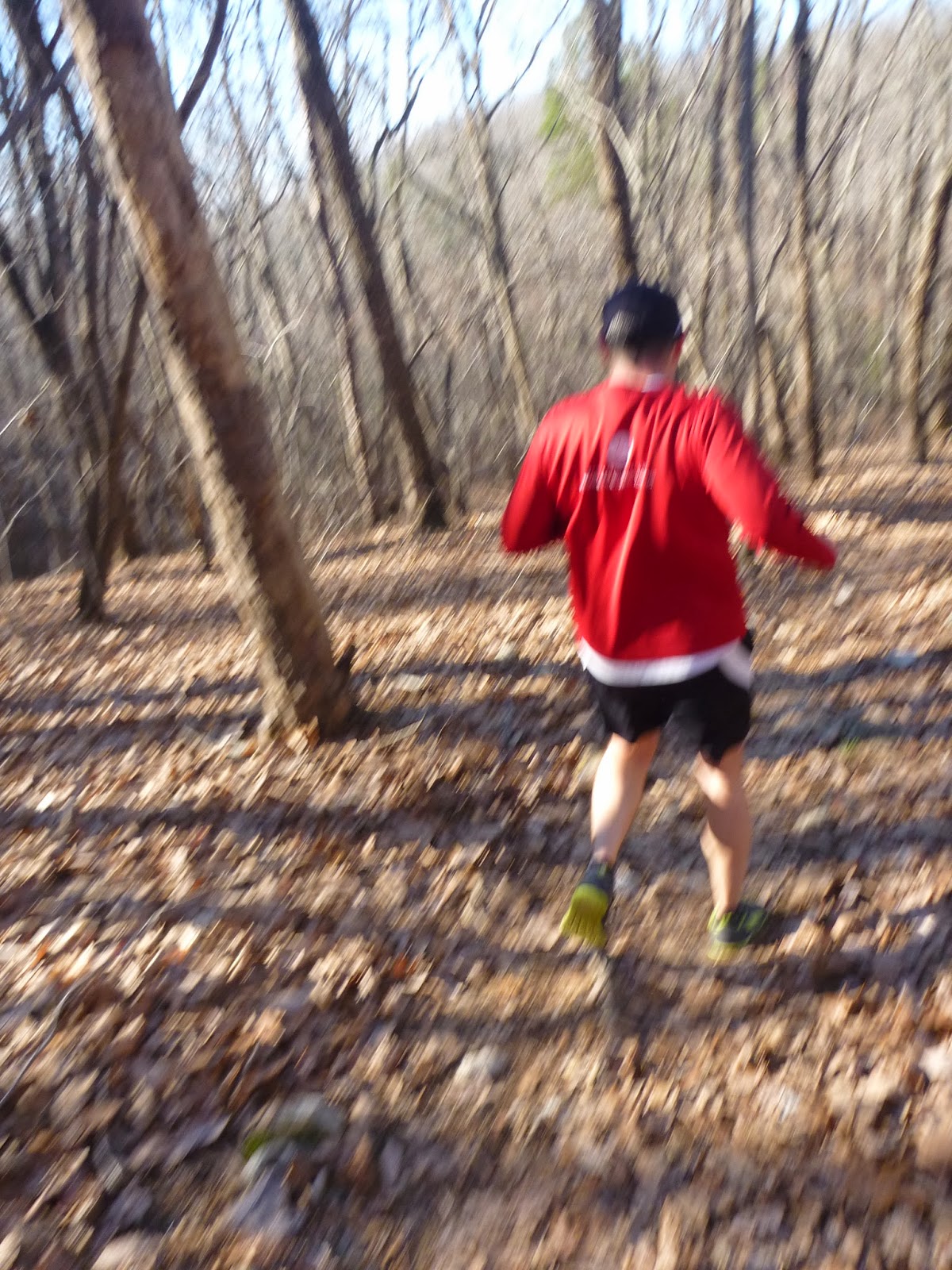 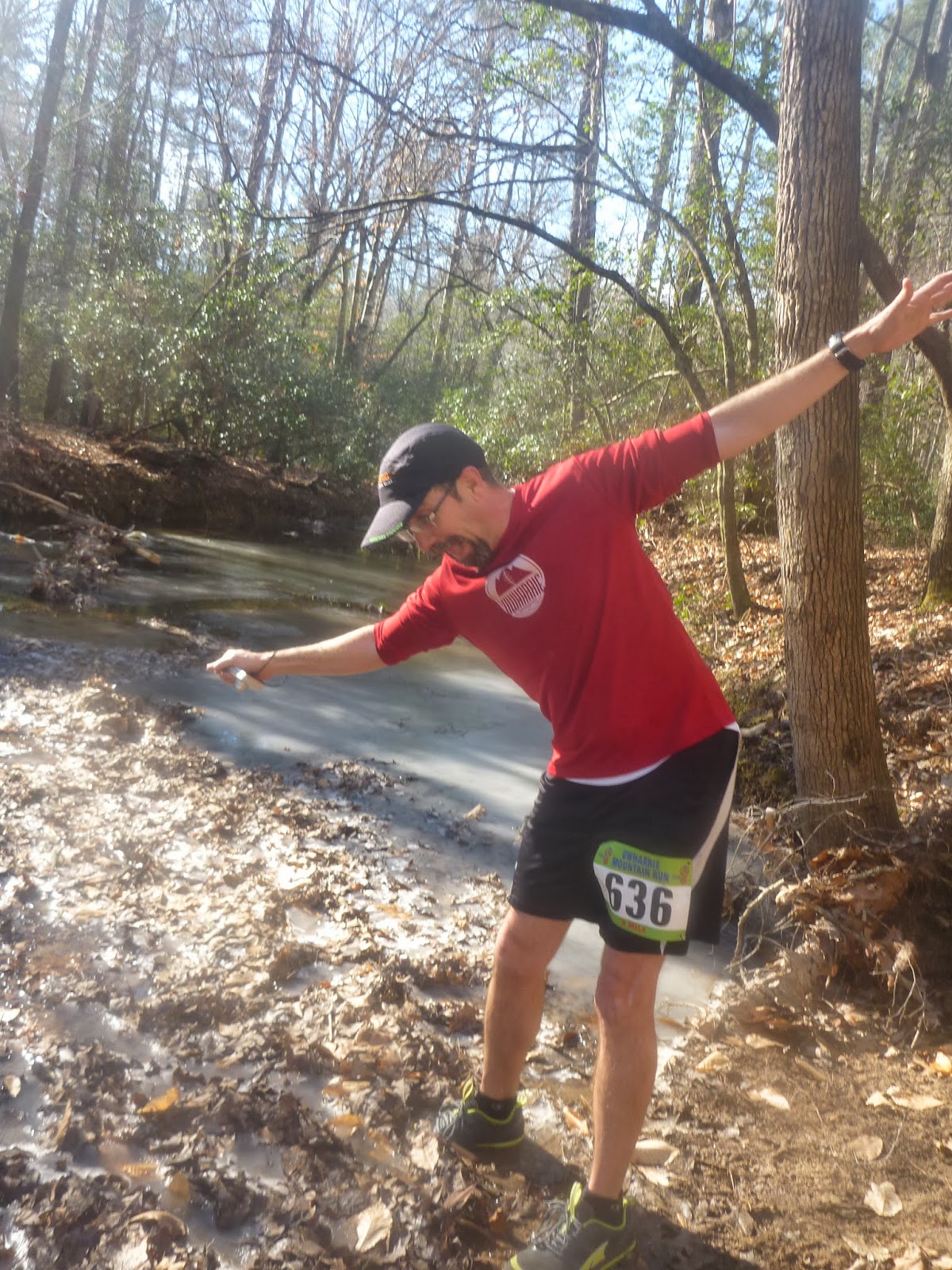 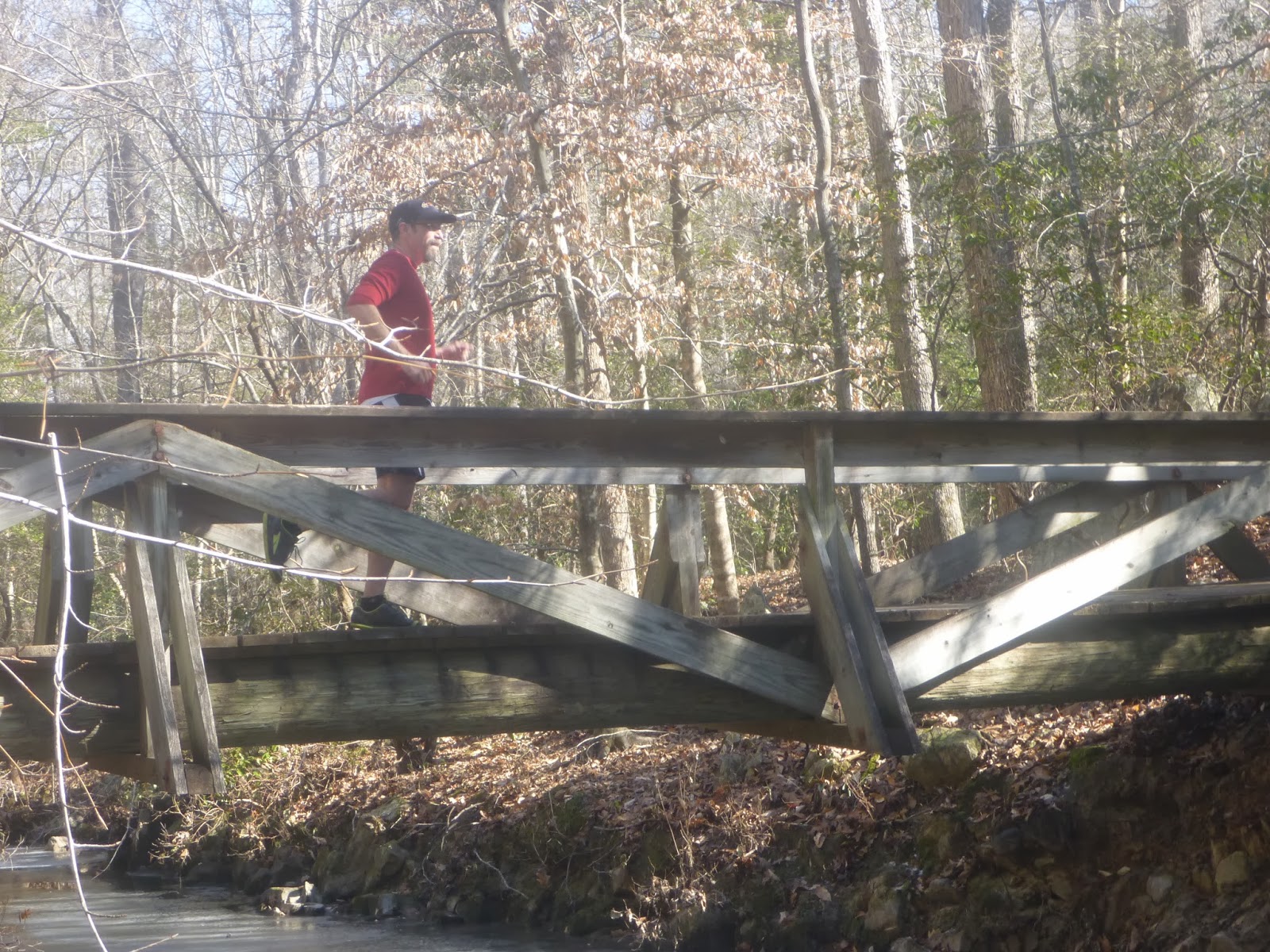 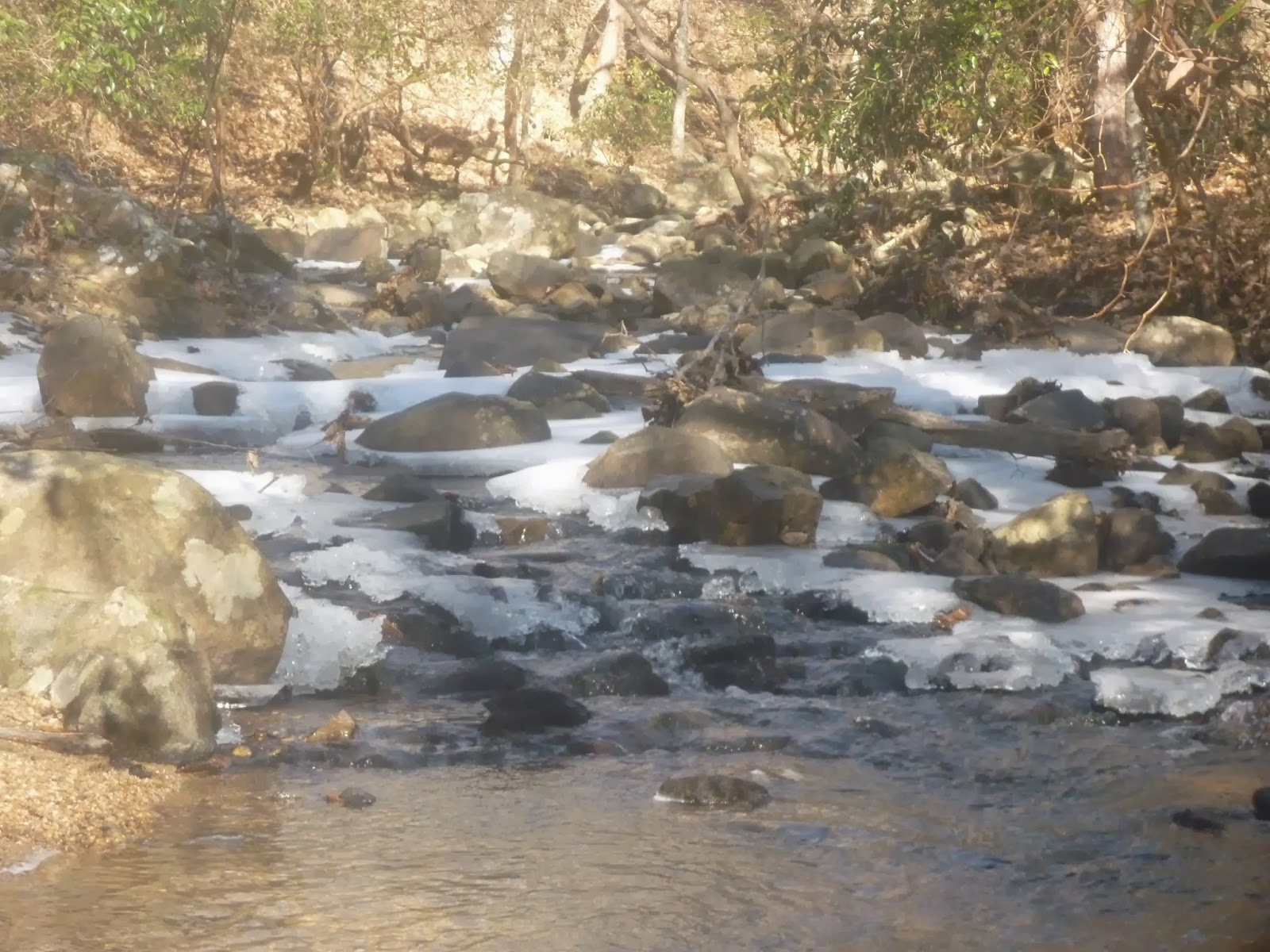