It's the end of the world and I feel supine.

I have been struggling. Every run is an effort and each recovery takes days. My gait is off and the resulting misalignment assaults a new muscle group as quickly as I adjust to the last insult. Quad pain morphed into ham string issues which brought on piriformis issues which birthed a jacked up hip which resulted in iliocastalis problems which compromised my lower obliques. When angry, the piriformis likes to swell intruding into the sciatic nerve's personal space. If the stars align just right it can also trap the pudendal nerve which, among other important functions, services your naughty bits. Have you ever mis-hit a soft ball with an aluminum bat? My stellar event transferred that stinging sensation right to my perineum. Hilarious really. My torn perineal brevis gave me a tingling perineum. The iliocastalis pain referral imitated a kidney stone pretty convincingly and the lower obliques convinced me I had a bladder infection. This resulted in a doctor's visit and a culture. Dem bones, dem bones, the ankle bone's connected to the pelvis bone.

If you push your body quickly enough, you are sure to be first in line to pick out the best cast colors. Hurry or you may end up with yellow. I did not start this post to wallow in my injuries or to seek your sympathy. Münchausen! Gazuntite! O crap, I think my overuse injuries just caught turrets.

I wanted to honestly catalog my return. And these problems with my chassis came as a surprise. I was not forewarned by the surgeon or the physical therapy folks and I found no mention of anything similar on the internet. I did a lot of abdominal work waiting for my rehabilitation process to allow a return to running. I branched into every alternative exercise short of square dancing while I waited for the green light. Did I unwittingly set up some problem areas before I resumed training? Or perhaps my 6 week couch to half marathon approach contained a small flaw. My 1500 miles per week in the car may contribute a knot or two. I imagine, just like Ragu, it's in there; the answer that is, not soybean oil.

Outline the difficulty I am having now, look back and appreciate the distance traveled later. I would like to share a few of the tools I have found to make this transition easier. I don't advance my religious views on the internet. I don't politic on the world wide web. I don't sell boy scout popcorn or candy bars for a high school band in the cloud. (By the way why not click on an add in the upper right when you are done reading this?) But in spite of my well established record of providing only frivolity and hijinx on this site, I now break my streak with an endorsement. If you have muscles and/or tendons I recommend that you purchase The Trigger Point Therapy Workbook: Your Self-Treatment Guide for Pain Relief, Second Edition. I have pushed this book on my friends (those who have muscles and/or tendons) like Tutanchamon pushed a pyramid scheme. I have surprised relatives hopeful for Christmas ties or birthday socks with a copy of this book. Buy this book, buy a Thera cane, steal a foam roller, and kidnap a good massage therapist. Make sure you vet the therapist through your spouse. Don't find one directly off of an interstate exit. Avoid recommendations from spas that use a moniker involving the word lucky.


In the two months since my last post, I established a delicate balance between over training and injury. I spend equal amounts of time practicing both. The repaired tendon has held up remarkably well. The rest of the body, not so much.


I traveled to New York on business a week after hurricane Sandy devastated the state. A great opportunity to add some red dots to my gps running map. The city looked as damaged as my skeletal system, but appeared to be mending at a slightly faster rate. I felt sympatico with the bipolar behavior of the city. Times square was drowning in tourists doing normal touristy things, while half the city waited in gas lines and navigated trashed infrastructure. With mta.info's help, a brief window between work and my return flight, and an over confidence in my own navigation abilities, I managed a 4 hour running/subway tour of the island. Hotel price gouging was the latest NY fashion trend, but I managed a nice suite in a Brooklyn Hasidic neighborhood, bordering what I assume is the pizza district. I alternated between running and subwaying and managed to take in Grand Central Station, Rockefeller Center, Times Square, Wall Street, Battery Park, and parts of Brooklyn. It was fun running through the suits, tourists, and general bedlam. I got to eat Subway, next to a subway. I sucked up some culture (and a slice or three) and left only slightly off balance. 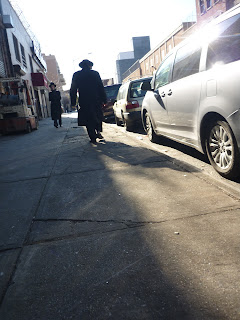 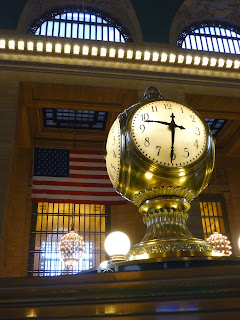 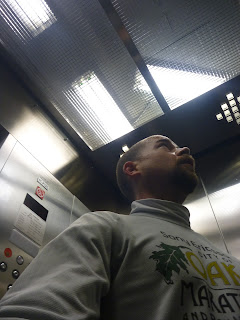 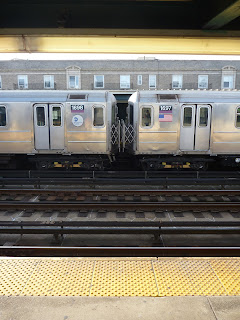 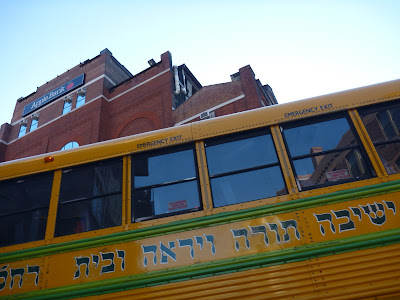 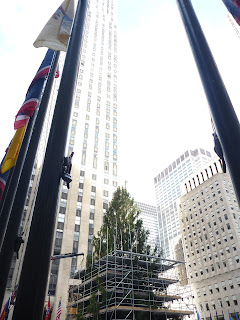 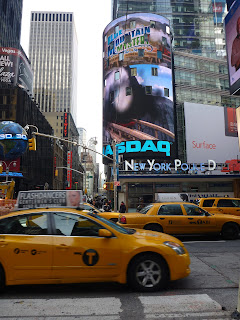 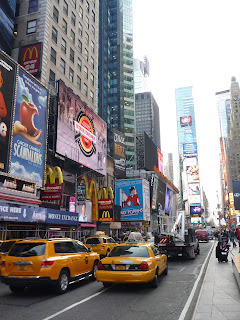 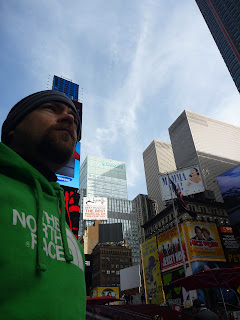 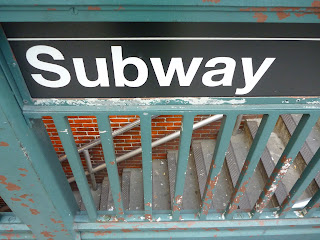 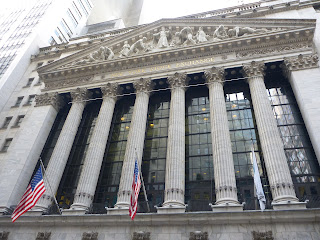 Enter the chiropractic. Staker Chiropractic Center was able to shore up the NY damage. It felt as if everything was falling apart when I ran, because everything was falling apart when I ran. The city sidewalks were a bit harder than my usual dirt trails. After diagnosing a leg length discrepancy just shy of an inch, the bone cruncher managed to pop my Sacroiliac joint back into place after 3 visits. Instant relief. I wasted no time feeling good and made a hasty return to long running on the trails. I was able to limp through one lap of der Scott's crazy 8 tour. I lost him early, but managed to follow Jay's dust trail back to the group after he took a wrong turn and looped back. Its a bit disheartening to loose both speed and endurance, but I really enjoyed the company of some familiar faces and the delicious taste of Hammer Perpetuem chalk. And Iris raised the bar on running fashion, sporting a Christmas sweater tech shirt, complete with reindeer.

I left Scott's romp bruised, but satisfied with my long run's recent mileage increases. Happy to discover that the world was ending on December 21, 2012, I scheduled another run with Scott & friends to begin at 11 PM on that last day. If Armahgeddon arrived before midnight, I still planned on counting the run as a 13 miler. Most prominent archaeologists agree that the Mayans always counted a run at its start in their log books. As it turned out I had to finish the run, but Jay Spadie helped us celebrate our continuing divine comedy with a shot of Hot Damn cinnamon schnapps. Note to cardio aficionados: schnapps makes a poor running fuel. The idea to run through a closed park morphed into an event after Scott posted a detailed map and timetable on FB. I started to grasp FB's power as everyone from my mother to my massage therapist wished me luck on my upcoming adventure. I hoped the extended rsvp invitations did not extend to park rangers. Who wants to ring in the Rapture in Smokey the bears pokey? With over 44 people invited and an almost 9% appearance rate, I was intent on placing in the top 3 in my age group.

Because of my slow healing ankle and overall daily balance challenges, I promised to stay on the bridal paths. So after a brief stint in the parking lot timing how long Jay could stand around in shorts in sub-30 degrees, we unanimously decided to take the single track trail hurlgolly (name changed to make it mathematically impossible to tell which park we were in) into the park. Questioning the wisdom of our decision, Scott fell superman style face first within 50 feet. Luckily, I had chickened out and left my diabetic friendly Michalob Ultra at the gate. It surely would have gone all over bubbly with Scott's jostling. Besides if caught, I only had enough bribe money for trespassing. Among the four of us, we had 3 head lamps and a full moon, but barring Scott's early balance issue, our only close calls were a water crossing and a troll sighting near one of the bridges. We killed the headlamps and let our eyes adjust to the low moonlight once we hit the bridal paths. Cat-like I only ran off the trail twice. The quicksters outpaced us for the last time on South pigeon trail (name changed to make it alphabetically impossible to tell which park we were in), after we debunked the Mayan calendar and confirmed our continued existence in the physical plane. This calender debacle calls the entire Mayan office suite into question. I know their power point is for crap.

Anxious, not to miss any whining about my pace, stamina and injuries, Scott stayed with me. The rest of the run was as perfect as the start. I love night running by moonlight. You fall into a pace and exist in the moment. The darkness acts as blinders and your not overwhelmed with excess sensory perception. Your mind just blanks. It is very relaxing, and a powerful enough experience to shut even my pie hole for minutes at a time. The miles melted into one another and passed without event, until we exited past the ranger dwelling near 2 AM. It was lit up like an Escape from Alcatraz movie. I only counted 9 searchlights and guard towers, 6 armed guard patrols, and 4 German shepherds but there may have been more. The lights from the cabin washed onto the exit road and tried to illuminate our profiles. Our black running ninja suits proved up to the scrutiny and we hugged the shadows. I cleverly adopted the danger as an excuse to squeeze in a walk break. The reprieve lasted only briefly before samurai Scott shattered the night silence and stepped on the loudest dry leaf in North America. We picked the pace back up and stayed just ahead of the armed ranger guards, attack dogs, spotlights, laser sharks, and my nighttime imagination. Fortunately, all pursuit ended as we exited the unnamed park and crossed the highway back to our vehicles. The tree canopy that had provided a nice wind break ended and we were fully exposed to the arctic blast over the highway. The wind tunnel discouraged all from our back trail, but slightly threw off my balance as my bollocks searched out warmer climes somewhere near my lungs. The rest of our group had waited to make sure we survived the elements as well as Mayan astronomy and we parted until the next end of the world.

Unconcerned about recovery due to my promised immediate demise, I might have pushed the mileage a bit too far. The night run agitated my músculo iliopsoas and my hypochondria. So I shall continue to roll, massage, limp, complain and stretch my way back to mobility. My new reasonable and balanced approach to longer distance is to gently stress, wait for complete recovery and then gently stress again. I shall begin immediately; as soon as I get back to 30 mile long runs. I have Uhwarrie 20 in five weeks and Umstead marathon in nine. Both of my race goals are survival. Last year Uhwarrie was the final insult to my torn tendon. Since that 20 miler, I have not run over 14. I want to get back on the horse. In particular that horse. That rocky, unrunnable, ankle biting Uhwarrie horse. 4 weeks later Umstead, mainly for the pint glass. I opted for the earliest surgery available in April of 2012 to give me the best chance for a full marathon return at Umstead. Its going to be close. Its so good to be out there again, and I am attaining common sense one malady at a time. Run for pleasure, elliptical for punishment.